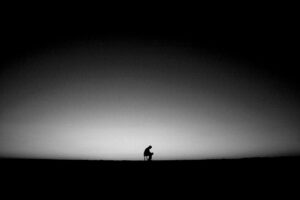 In 1973, Peter Drucker stated in his book Management: Tasks, Responsibilities, Practices, “Management is not culture-free, that is, part of the world of nature. It is a social function. It is, therefore, both socially accountable and culturally embedded.”

Some thirteen years later, Tom Peters remarked in the article Managing As Symbolic Action: “It requires us, as managers, to get people to share our sense of urgency in new priorities; to develop personal, soul-deep animus toward things as they are; to get up the nerve and energy to take on the forces of inertia that bog down any significant change program.”

Yet, here we are in 2013 with organizational leadership models that continue to deny the social nature of organizations and wallow in inertia.

Our leadership practices remain authoritative. People are disengaged, distrusting and perhaps even disenfranchised.

According to the 2013 Edelman Trust Barometer, fewer than 20% of respondents believe leaders are actually telling the truth when confronted with a difficult issue in their organizations. Furthermore, a study conducted by the Human Capital Institute and Interaction Associates in 2013 found only 34% of organizations had high levels of trust in the places they work. And, a paltry 38% reported that their organizations had effective leadership running the show.

To cap off a small sliver of dismal data points, research firm Gallup found that over a twelve-year period between 2000 and 2012, the percentage of engaged employees in the workforce has shifted between 26% and 30%. That is, roughly 70% of employees in today’s organizations have spent more than a decade essentially collecting a pay check, an almost Shakespearean spectacle of tragic ambivalence.

What if our approach to leadership was to evolve into Drucker’s vision of “socially accountable and culturally embedded” management?

Cam Crosbie is the CIO of Equitable Life Insurance Company of Canada, represented by more than 10,000 independent producers across Canada and Bermuda. Cam completely understands the need to “lead without authority.” He does so, quite simply, by asking questions rather than barking orders. Before moving forward with a big decision or a large project, Cam makes a practice of asking lots of questions, including, as he says, “even the so called ‘dumb ones’”.

As a CIO, Cam believes it’s important to reach out to others and inquire before pushing ahead. Cam said, “I hope that in some small way if people see the CIO unashamedly asking the simple questions, it clears the way for clearer and more meaningful discussion.” Perhaps the first step toward a better future for your organization is to acknowledge that you don’t necessarily know the way there — and, just as important, to understand that by asking questions, you not only awaken and engage people, you stand to collect more valuable perspective and ideas than you would by starting from a position of authority.

Leadership isn’t a 9-5 job — it’s communal, it’s holistic and it’s accretive. It’s time to abandon the long-held notion that the “leader” knows all and should decide everything. A fancy title doesn’t put you above others — it puts you in their service.

TELUS, a national telecommunications company in Canada, with $11 billion of annual revenue and more than 40,000 employees worldwide (and where I am head of learning and collaboration), has worked incredibly hard over the past five years to raise employee engagement from 53% to 80%. It did so through myriad actions including the launch of the TELUS Leadership Philosophy. The TLP is an enterprise-wide leadership framework that cultivates a collaborative, social, open and engaging mindset among all employees regardless of rank or title. It encourages all employees to “engage and explore” with one another before “executing.” It defines key behavioral attributes such as communicating, collaborating, learning, deciding and adapting such that everyone can speak the same leadership language.

In mid-2010, an internal program was born at TELUS entitled Customers First. The overarching goal of the program was to improve the likelihood that TELUS customers would recommend the company. As the program began to gain traction, another idea surfaced: Customer Commitments. Think of the commitments as customer promises — specific actions that any TELUS team member would carry out to help a customer regardless of role.

Instead of locking its most senior executives in a room to decide what the Customer Commitments were going to be for the organization, we designed a collaborative process that involved the entire organization. Over 1,000 different examples surfaced over a two-month period. Through focus groups, interactive online polling and voting, the 1,000 were whittled down to a final four.

If the culture at TELUS was one that relied on authoritative leadership, the Customer Commitments would have been created in a couple of hours by a few authoritative leaders. Because the culture was healthy, open and participative as opposed to dogmatic and ruthlessly hierarchical, the organization collaborated without authority. This is the work of leadership today: asking questions, involving people, connecting them to each other, creating a platform for their insights and ideas to make a real impact — in other words, unleashing leadership behavior everywhere.

Take Your Sales To The Next Level

Contact us at 1 800 232 3485 send us an email, or fill out our contact form to speak with one of our experts and learn how we can help you increase your sales.