You used to be one of the company’s most revered managers, but now it seems that you’ve lost the admiration and respect of your team. While it’s doubtful that any of your employees are brazen enough to come out and say, “I don’t respect you,” they show it by their actions. They’re not as excited as they used to be. They don’t go the extra mile anymore – in fact; some aren’t even going the required mile. The number of employees who think they are the boss may begin to grow. The sense of camaraderie you used to have with your team is gone, possibly even leaving you figuring out how to manage someone who doesn’t want to be managed.

So what happened? And how can we learn how to deal with disrespectful employees and gain their respect again? When an employee is not respecting their manager, it’s time to take a look in the mirror! 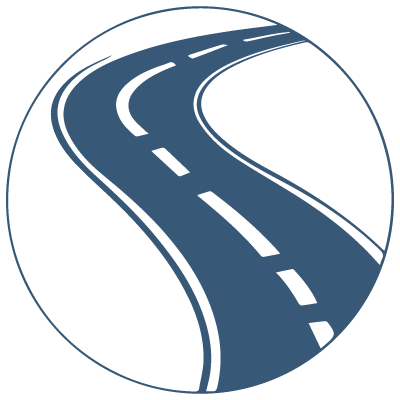 How to Deal With an Employee Who Doesn’t Respect You

If your employees don’t feel that you respect them, they’re not likely to reciprocate and extend respect. Do you no longer ask for their opinions or consult them before you make decisions? If your team thinks that you no longer value their input or care how your decisions affect them, it will be hard – if not impossible – for them to think that you have their best interests at heart. And once they cease to view you as a caring manager, they will stop respecting you. An employee not respecting their manager is likely to be less productive and engaged. If this situation continues, you may soon find yourself wondering how to deal with employees with bad attitudes or deal with employees who don’t follow instructions.

Don’t Say Anything You Don’t Want to be Repeated.

As a manager, you may have established close relationships with other managers, and, naturally, you may share experiences and challenges with them. However, never badmouth your team to other managers – or anyone. This is a bad idea for several reasons. You never know if your words may be repeated, and your team may find out what you said. And, as many studies have shown, people have a knack for embellishing stories when they repeat it.

For example, you may have said, “Sometimes, I wish I had one or two younger people on my team to contribute fresh, new ideas.” Still, by the time the statement gets back to your employees, you’re quoted as saying, “I’m stuck with a bunch of old, slow people who need to retire because they’re dragging the company down.” And although this is quite a stretch from what you actually said, imagine trying to explain the difference to your team! While your actual comment may be the lesser of two evils, it still makes you sound like you’re unhappy with the team that you have. And even worse, your team may wonder what other kinds of derogatory comments you’ve been making about them.

If this situation gets out of hand, it can quickly create a toxic work environment. Even if it doesn’t create insolent or rebellious employees, it will almost certainly result in employees not respecting their manager.

If your employees are working hard, then you should also be. And if their workloads increase, you certainly should not be seen routinely twiddling your thumbs, taking extended lunch breaks, standing around joking with other managers, surfing the internet, or doing anything else that could leave the impression that you have lots of free time on your hands. And once they have that idea, it’s a concise path to an employee not respecting their manager.

These actions create the impression – true or not – that you don’t care how hard your employers are working because the company is paying them to provide a service, so they’re just doing their jobs. And while that’s true, the manager should lead by example. If you truly don’t have anything else to do, sit quietly at your desk and try to figure out ways that your team can work more efficiently or make an effort to communicate with team members to make sure they have the support and resources they need.

Give Your Employees Credit – and Lavishly Praise Them in Public

When someone on your team has a good idea, whether you’re presenting the idea to fellow managers, your team, or the entire company – or whether the idea is in the implementation stage – you need to make it crystal clear that this great idea came from Sally, Bob, or whoever came up with the idea or suggestion. Taking credit for someone else’s idea is stealing, and you’ll quickly lose the respect of your employees

Some managers may not understand that “stealing” an idea doesn’t always take the form of blatantly stating, “Hey, I came up with this idea.” It can be as simple as having a conversation with your boss and saying, “Suppose we do A, B, and C?” as opposed to saying, “Sally thinks that if we do A, B, and C.” By omitting Sally’s name when presenting the idea, it leaves the impression that this was your brainchild, and what’s known as a lie of omission.

And not only will stealing your team’s ideas create a lack of respect, but it will also produce another undesirable effect: they will stop telling you their ideas. They may be brimming with concepts, theories, and suggestions that could take the company to the next level, but they won’t open their mouths because they don’t respect you enough to share their thoughts with you.

Respect must be earned, and it must be maintained. When it’s lost, it will take time and a conscious effort on your part to rebuild it. Acknowledge your errors and sincerely commit to being the type of manager worthy of respect, and you can slowly turn the tables back in your favor. While learning how to deal with an employee who doesn’t respect you can be challenging, it is necessary to foster a productive working environment.

Take Your Sales To The Next Level

Contact us at 1 800 232 3485 send us an email, or fill out our contact form to speak with one of our experts and learn how we can help you increase your sales.